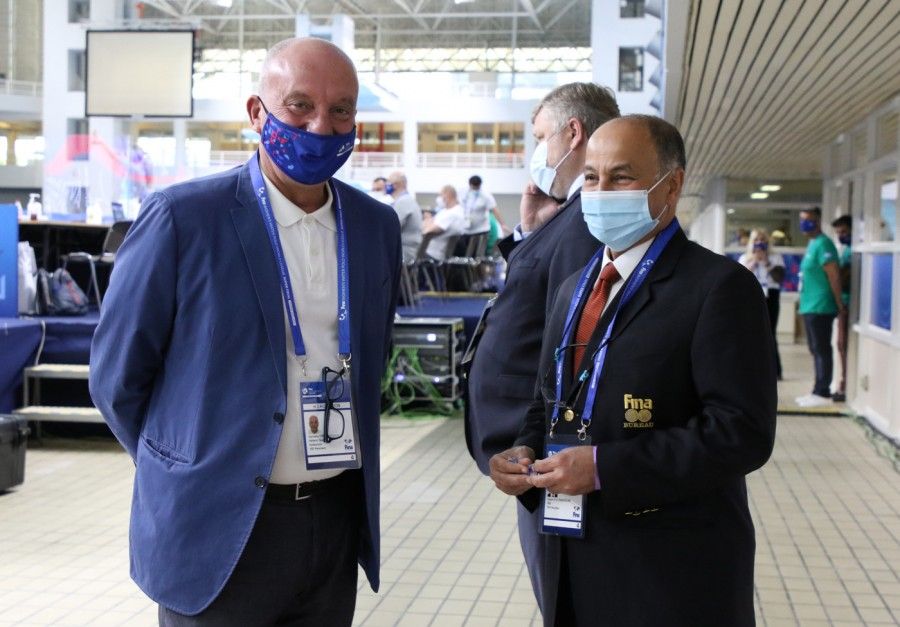 The new President of FINA, Husain Al Musallam, visited the indoor swimming pool of Olympic Complex and watched the last two games of the 2nd day of the Women's World League Super Final that takes place in Athens with the participation of eight teams including.

FINA president was accompanied by the KOE president Kyriakos Giannopoulos and leaders of the World Federation.

During his stay at OAKA he talked to the organizers, handed over the title of top player in the games USA - Kazakhstan and Greece - Spain, had a short conversation with the players of the USA National team and made statements about the organization and priorities who has set with his associates on the new Board of FINA.

Husain Al Musallam thanked the Greek Federation and Greece for hosting the Games and also about their perfect organization and wished good luck to the teams at the upcoming Tokyo Olympics.

"FINA's priority is the development of water polo on all continents. We do not need to look for teams that will win titles and medals from Africa, Asia and North America. We want all the countries in these continents to learn about this wonderful sport. To utilize the lakes, rivers, wonderful seas that they have and with the help of great trainers and educators from advanced countries to develop the sport. We want Water Polo to be played everywhere in the planet". 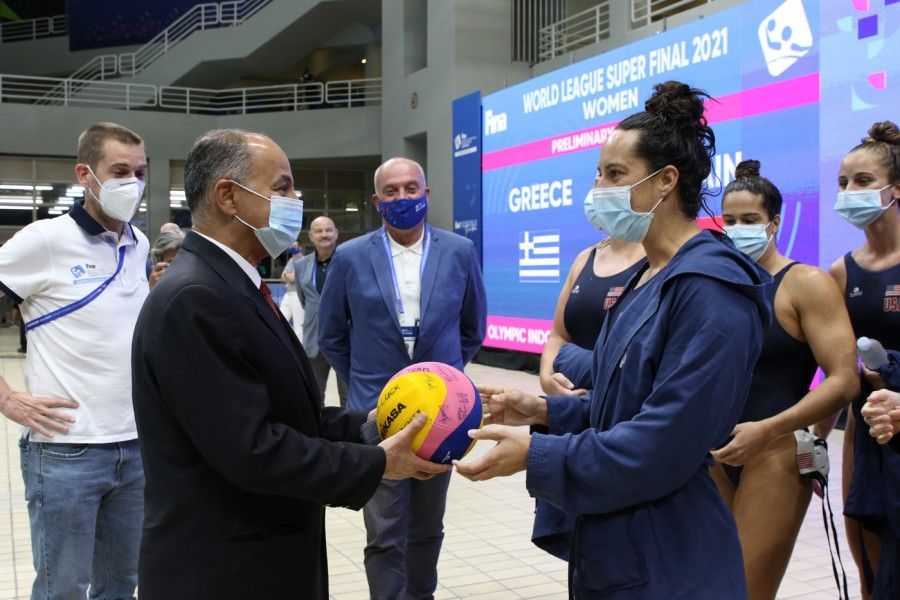 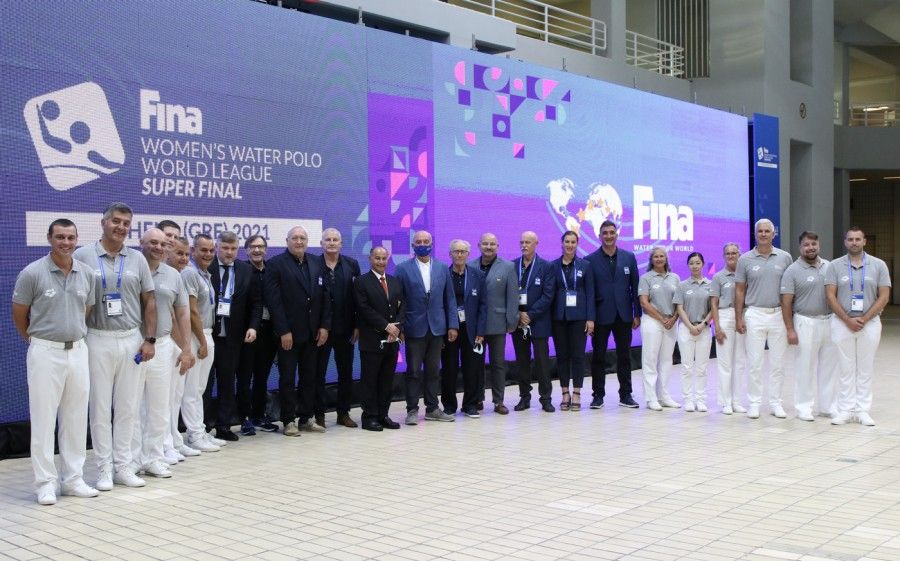